Again a finish, some progress, and lots of gridding

For this update I was hoping to have 2 finishes, but will have to settle with one.

The final card to the 'Country Trio' is complete: 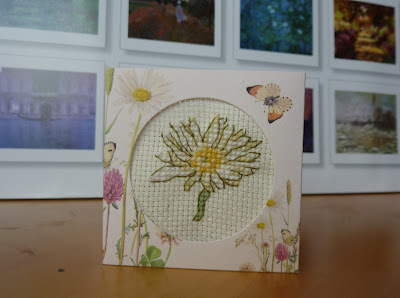 It only took 2 evenings to do in the end. The problem with this design was that the chart was in the magazine my sister decided to borrow awhile back, and she happens to live on the other side of the country! Eventually she has agreed to scan and e-mail me the chart. [Of course I have now deleted the copy on my computer in view of copyright and all.]

Continuing on the update: this month held little progress on the HAED:


then the recent start had a few extra colours stitched:


The HAED was a little big and uncomfortable to stitch during the film sessions in the evenings, so I picked something smaller. Or rather had my mum pick. I decided to stitch either 'Venice' or 'Dance Leader' after completing the small card; she chose the second.

Speaking about mum ... I have mentioned last time that she was going away for 3 weeks, so during them I have concentrated on something for her. Since her return I have been working on the 'Handpicked by Fizzy' during my lunch hour at work (which slowed the progress down). I was hoping to complete this project for this update, but still need to do almost all of the backstitching. I might take this project to work on the train to London this weekend.


My mum is also in need of some leftover threads for her sketchbook on colour for the latest module of her course. So I have moved on to another project I have begun awhile back:

It is a Dimensions kit, which means I won't be able to use the leftover thread for any other projects pretty much. So I just need to complete it now.


Although it does not look like much extra was stitched (which is true - only 2 hours went into stitching), I have spent quite a few nights gridding ... hope it will help make the stitching go smoother and faster. 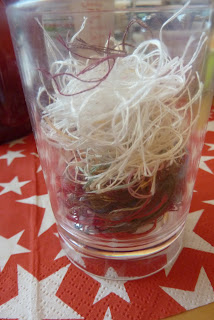 From which you can see there is lots of white and beige from the Fizzy Moon (cross stitch almost done - then its half stitches and backstitching). Which is in a way an explanation on its own regarding the lack of Tuesday post. I have not made any progress on my HAED in a week! Shocking isn't it! But if I can cross off a few wips from the list it will be worth it.

Okay, till soon ... when I will have a finish fingers crossed,

Email ThisBlogThis!Share to TwitterShare to FacebookShare to Pinterest
Labels: TUSAL

Just a quick update this Tuesday. Just got back from work, very tired and the internet is misbehaving.

So this was last week:

Progress, a Finish, and a Start

I have finally started 'Handpicked by Fizzy':

Only a little bit though:

Then a little bit more done on the John Clayton's Venice:

The closeups of the two parts: 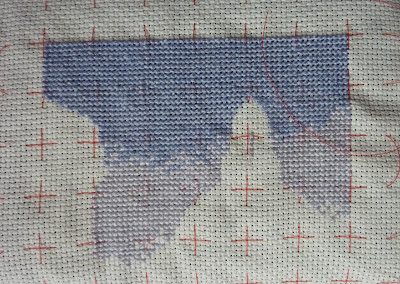 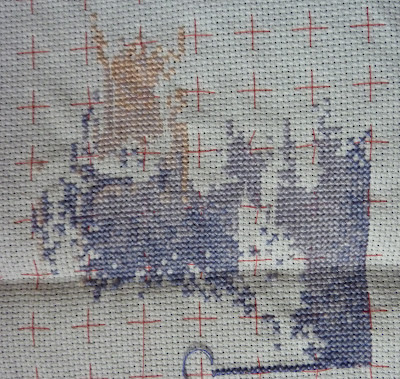 Now to the finish! I am very proud of crossing one of the list. So 'does my bum look big in this?' is now done:


And the HAED progress:

And now to something I am not entirely proud of, a new start ... When I have finished my hippo I was tempted and gave in to a new start: 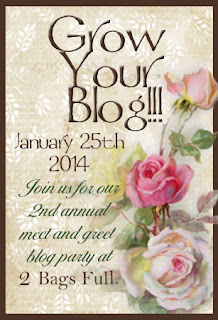